The Red Fort Restaurant in the heart of the City of Soller is just by the tram line and across from the Market Hall. Every half an hour more and more people are being brought past the door on the Tram and the tantalising smells that come from the great kitchens of Red Fort.

Vic Singh relocated to London from India in 2006 and ran a chain of corner shops and off licenses in London and Cheltenham. He learnt the language and all about the locals love for his native cuisine. Many of his friends and family had taken their interest in food to Europe and some of them had come to Mallorca.

Vic followed them and started working in Indian Restaurants in Palma, Cala d’or, Palma Nova and Santa Ponsa. A six year learning curve brought him to the Soller Valley where in 2012 he opened his own restaurant and called it THE RED FORT.

The Red Fort 11 in Soller opened its doors in the winter of 2015. Red Fort Soller is faithful to the Punjabi cuisine and is cooked by family and trained chefs of the region.

The Take Away service from the Soller restaurant is very busy and everything on the menu can be delivered. The Soller Red Fort is open year round and delighted to be at your service.

Vic Singh and his family are delighted to be part of the Soller community and to welcome you to their restaurant. 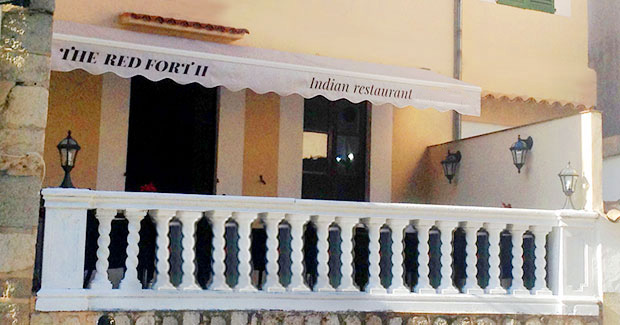